I like to do paintings in a series. This is the first one in a series of paintings about love, motherhood, parenthood and relationships.

A glory is an optical phenomenon appearing much like an iconic Saint's halo about the head of the observer which is produced by light backscattered (a combination of diffraction, reflection and refraction) towards its source by a cloud of uniformly-sized water droplets. The association with a halo is not coincidental, but derivative, though a real glory has multiple colored rings.
The angular size is much smaller than a rainbow, about 5° to 20°, depending on the size of the droplets. The glory can only be seen when the observer is directly between the sun and cloud of refracting water droplets. Hence, it is commonly observed while airborne, with the glory surrounding the airplane's shadow on clouds (this is often called The Glory of the Pilot). Glories can also be seen from mountains and tall buildings, when there are clouds or fog below the level of the observer. The phenomenon is related to the optical phenomenon anthelion. 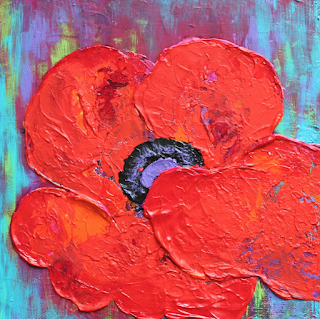